Marketing is a serious business, so that's all the more reason to poke fun at it! We hope you enjoy a few laughs sharing these marketing jokes with us, tell your friends about this page, and link to us from your website.

A man was out driving, when he came across a flock of sheep. He got out of his car, and walked over to the shepherd tending the sheep. He asked,

"Are you a betting man?"

"Why do you ask?", said the shepherd. 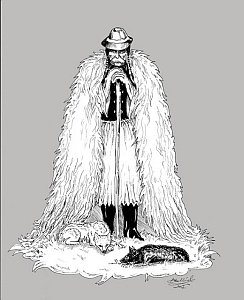 "You're on", said the shepherd, "How many sheep have I got?"

"That's amazing," exclaimed the shepherd, "You're absolutely right! go and pick yourself a sheep."

Having claimed his prize, the man was walking away, when the shepherd called out to him.

"How about another bet- double or nothing.", he challenged.

"I'll bet you that I can tell your occupation, and who you work for."

"You're a marketing consultant, and you work for the government.", said the shepherd.

"That's amazing," said the man. "How did you figure that out?"

The shepherd smiled. "Put down my dog, and I'll tell you."

The Optimist says, "The glass is half full."

The Pessimist says, "The glass is half empty."

You go to a party and you see an attractive girl across the room. You go up to her and say, "Hi, I'm great in bed, how about it?"
That's Direct Marketing.

You go to a party and you see an attractive girl across the room. You give your friend a buck. She goes up and says "Hi, my friend over there is great in bed, how about it?"
That's Advertising.

You go to a party and see an attractive girl across the room. You somehow get her mobile number. You call and chat her up a while and then say "Hi, I am great in bed, how about it?"
That's Tele-Marketing.

You go to a party and see an attractive girl across the room. You recognize her. You walk up to her, refresh her memory and get her to laugh and giggle and then suggest, "Hi, I am great in bed, how about it?"
That's Customer Relationship Management.

You go to a party and you see an attractive girl across the room. You stand straight, you talk soft and smooth, you open the door for the ladies, you smile like a dream, you set an aura around you playing the Mr. Gentleman and then you move up to the girl and say, "Hi, I am great in bed, how about it?"
That's Hard Selling.

You go to a party, you see an attractive girl across the room. SHE COMES OVER and says, "Hi, I hear you're great in bed, how about it?"
Now THAT is the power of Branding.

An interoffice softball game was held every year between the Marketing Department and support staff of one company.

The day for the game came, and hard as the Marketers tried, the support staff whipped the Marketing Department soundly.

In their best tradition, the Marketing Department decided to find the best 'spin' they could on the dismal result. They showed how they earn their keep by posting this memo on the bulletin board after the game:

"The Marketing Department is pleased to announce that for the recently-completed Softball Season, we came in 2nd place, having lost but one game all year.

The Support Department, however, had a rather dismal season, as they won only one game all year."

When a young marketer met his untimely end, he was informed that he had a choice about where he would spend his eternity: Heaven or Hell. He was allowed to visit both places, and then make his decision afterwards.

"I'll see Heaven first," said the salesman, and an angel led him through the gates on a private tour. Inside it was very peaceful and serene, and all the people there were playing harps and eating grapes. It looked very nice, but the salesman was not about to make a decision that could very well condemn him to so sedate an eternity.

"Can I see Hell now?" he asked. The angel pointed him to the elevator, and he went down to the Basement where he was greeted by one of Satan's loyal followers. For the next half hour, the salesman was led through a tour of what appeared to be the best night clubs he'd ever seen. People were partying loudly, and having a, if you'll pardon the expression, Hell of a time.

When the tour ended, he was sent back up where the angel asked him if he had reached a final decision.

"Yes, I have," he replied. "As great as Heaven looks and all, I have to admit that Hell was more of my kind of place. I've decided to spend my eternity down there."

The salesman was sent to hell, where he was immediately thrown into a cave and was chained to a wall, and he was subjected to various tortures. "When I came down here for the tour," he yelled with anger and pain, "I was shown a whole bunch of bars and parties and other great stuff! What happened?!"

The devil replied, "Oh, that! That was just the Marketing Presentation"

The Pope and KFC

A Marketing Consultant employed by KFC gained an audience with the Pope, and offered him a million dollars if he would change

Another week later, the consultant offered the Pope 20 million dollars, and finally the Pope accepted.

The following day, the Pope briefed his staff.

"I have some good news and some bad news. The good news is, that we have just received a check for 20 million dollars. The bad news is, we lost the Wonder Bread account!''

A retailer was dismayed when a competitor selling the same type of product opened next-door to him, displaying a large sign proclaiming "Best Deals".

Not long after he was horrified to find yet another competitor move in next-door, on the other side if his store. It's large sign 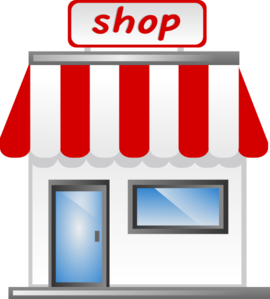 was even more disturbing- "Lowest Prices".

After his initial panic, and concern that he would be driven out of business, he looked for a way to turn the situation to his marketing advantage. Finally, an idea came to him. Next day, he proudly unveiled a new and huge sign over his front door. It read,

BMW Gets Blue Windscreen of Death 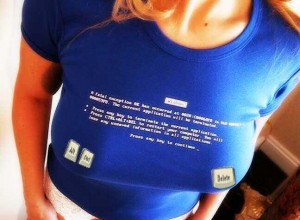 Redmond, Wash. (SatireWire.com) — Microsoft announced this week that a version of its Windows operating system will be installed in BMW's new 7 Series cars, a move analysts say will dramatically increase the vehicle's ability to suddenly crash for no reason.

According to BMW spokesman Gehard Voorst, the cars, which will now take at least five minutes to warm up, will enable owners to confidently cruise and compute at high speeds for several hours before the machine abruptly seizes and catapults the driver through the 7 Series' new "blue windscreen of death."
-Source: SatireWire.com

You'll Have To Go

Productivity and Unemployment Both Going Up, So...

Washington, D.C. (SatireWire.com) — With the latest reports showing U.S. business productivity growing at its strongest pace in 19 years, while the number of Americans filing for unemployment has also surged to its highest level in 19 years, economists today concluded that everyone should be fired.

"The numbers clearly show businesses have been getting more and more out of fewer and fewer employees," said Harvard economist Neil Fischer. "So it doesn't take a genius to determine that employees are a drag on productivity, and that were the economy to reach total unemployment, it would therefore reach total productivity."

Critics immediately assailed the theory, pointing out that a similar tactic by AT&T failed when the company cut 120 percent of its workforce to save more money than it earns, and subsequently ceased to exist. However, Stanford economist Rachel Horwith said the productivity postulate was different, and has already been proven in the market.

"Just look at Enron," she said. "Some of their best-producing units, at least on paper, had no one in them working in them at all."

"It's absurd to say that no employees would create more, because there would be no one left to create anything," said Watts. "No, the truth is, we want to decrease productivity. The more people we have producing less, the more people we'll need to produce what we need. So as soon as production stops, boom, you have full employment."

Watts conceded he frequently consults for the French government.

Meanwhile, Federal Reserve Board Chairman Alan Greenspan argued both interpretations could lead to disaster. "If people don't have jobs, they can't buy what's produced, and vice versa," he said. "So the bottom line is, if no one really wants what you're producing, then there's no point in making it."